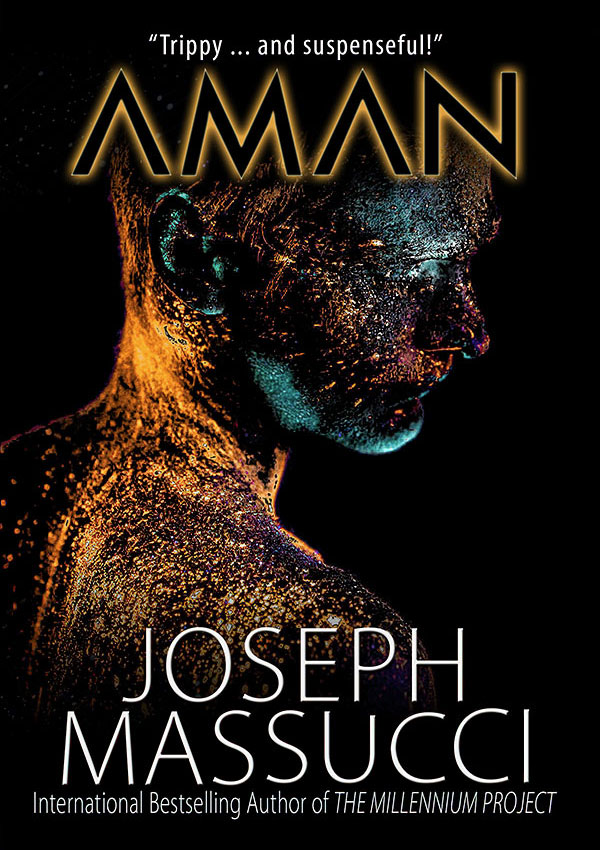 Four strangers become inextricably bound when they put their lives on the line to help a mysterious old man complete a harrowing journey to avert mankind’s extinction.

Please note that AMAN was originally published as EXTINCTION: RETRIBUTION by Safari Multimedia, LLC. This special edition delves deeper into the story’s metaphysical foundation with enhanced scenes, richer dialogue, an extended climax, and other enhancements.

Buy this book on Amazon.com 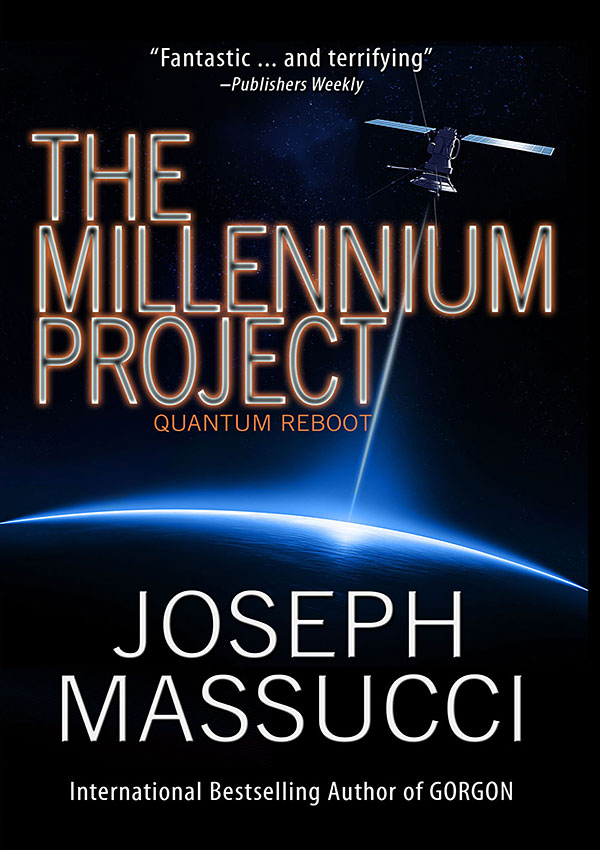 Russian hacking of the U.S. strategic defense satellite network is a mask for a much more insidious plan for boundless fortune and power. 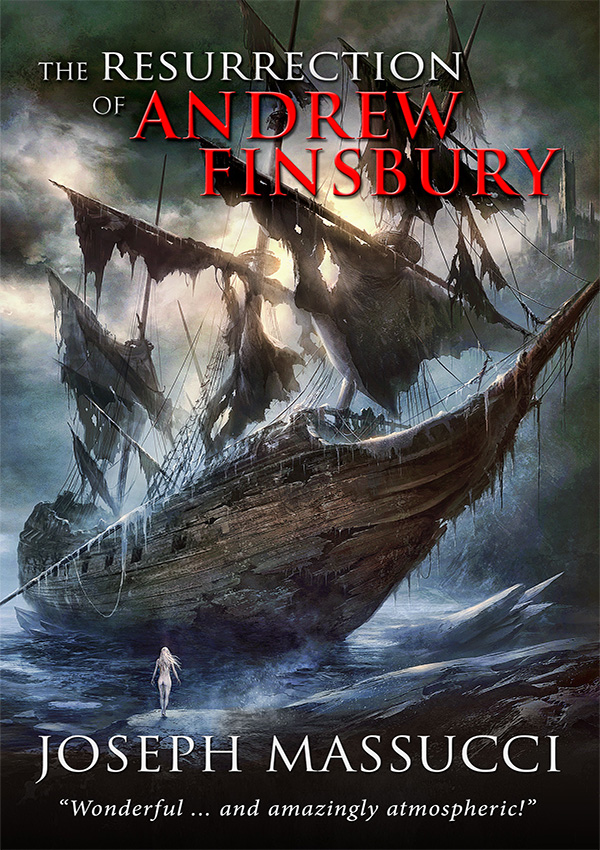 The Resurrection of
Andrew Finsbury

Caught between the world of the living and the dead, Andrew races to save his soul and the life of the woman he loves. And if he fails, the world will be forever changed. 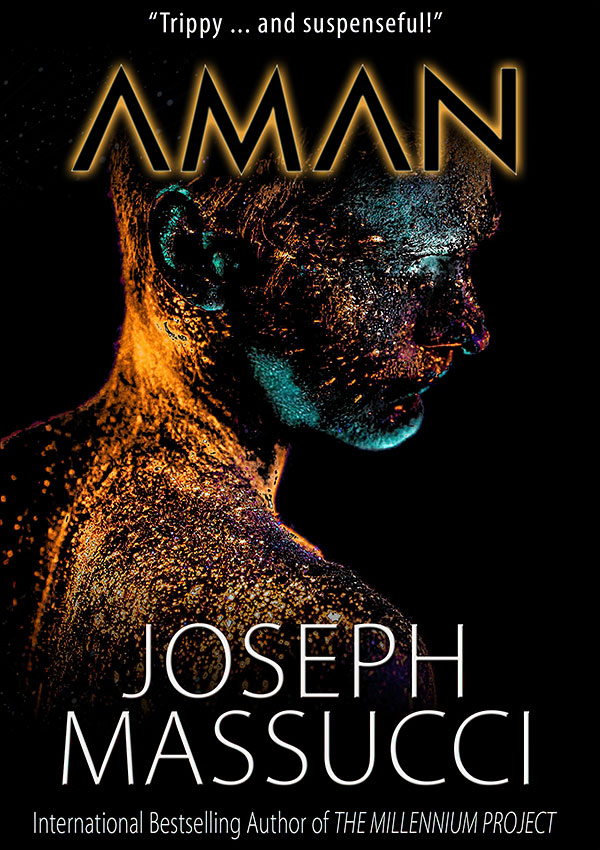 Four strangers become inextricably bound when they put their lives on the line to help a mysterious old man complete a harrowing journey to avert mankind’s extinction. A metaphysical thriller. 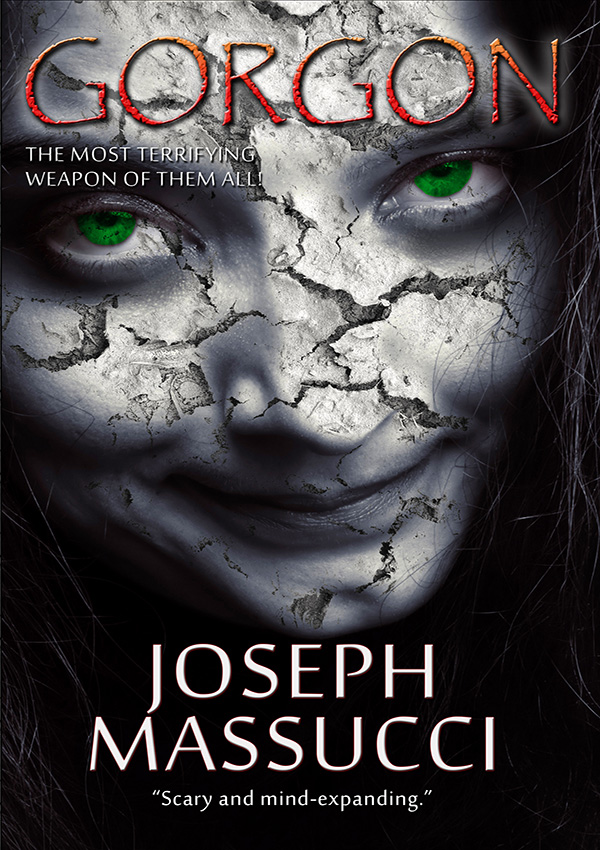 When Gorgon targets the U.S. Eastern Seaboard with a deadly engineered neurotoxin, a desperate president orders all military resources directed at the virus’ destruction – even a thermonuclear hell.

What They’re Saying About AMAN

“The author delivers yet again another masterpiece that keeps you engaged, emotionally connected to its characters, and turning pages for hours on end.”
—Michael K. Bargerhuff

“I just loved it. This the best work I’ve read from you. Loved the characters, the action and the adventure.”
–Dan Barbier, author of JUST 4 CHILLS

“I really liked this book … wild and fun! It grabbed my attention and pulled me right in. (Massucci) mixed in so many different areas and made it work.”
–Mary Orjansen, Two Rivers, Wisconsin

A VERY OLD MAN with a vague past that may go back centuries appears on a South Dakota highway, near death from exposure. The man who calls himself “Aman” reveals to a few that the end of the world as we know it is suddenly at hand. Something unimaginable has happened that will change everything in a matter of days. It will begin, he says, when all those whose nature promotes violence and killing are purged by morning.

At dawn his revelation proves true. People throughout the world who have ever taken a life, or who have advocated violence against another, are now dead with no apparent cause. World leaders who instigated deadly hostilities succumb, including the President of the United States. Military chains of command of all nations are broken. Violent skirmishes and territorial wars cease. And no one knows why.

Who is this man known only as Aman? Is his nature Divine, or is he resurrected from evil? Or does he represent something entirely different? And what does he know about the world’s fate?

Aman’s prophetic message is actually a warning. Four strangers learn that he has only three days left to reach a remote region in Iran’s desert. Something lies beneath the desert that reveals mankind’s origins and its destiny. From it flows life itself – an anomalous field that transcends what we understood about quantum matter and time. But who created it and why? And what role is it now playing in the cataclysmic events that have plunged the world into chaos?

As Aman’s dangerous journey progresses amidst a worldwide manhunt for him, his ominous warning becomes clear: the power that created the world can also inadvertently destroy it. If Aman’s journey fails, Earth’s future is doomed.

His followers manage to take Aman as far as Germany before a desperate military manhunt and the world’s rapidly deteriorating atmosphere makes further travel impossible. But as they continue their struggle to reach the Middle Eastern desert before an immutable deadline, who is protecting whom?

Meanwhile, frightened citizens around the world crowd streets in search of answers … and a means of survival. Some are obsessed to know the truth about their fates, while others want to see Aman dead in the hopes of defending old beliefs about their ultimate salvation. However, a chosen few will do everything in their power to protect this unique man who grows younger each day, a man whose presence alone can cure the dying.

Whatever side prevails, there can be no turning back. Only Aman knows the answer to mankind’s destiny. And only he can save that destiny from extinction.