The Least You Should Know About Outlining Your Story 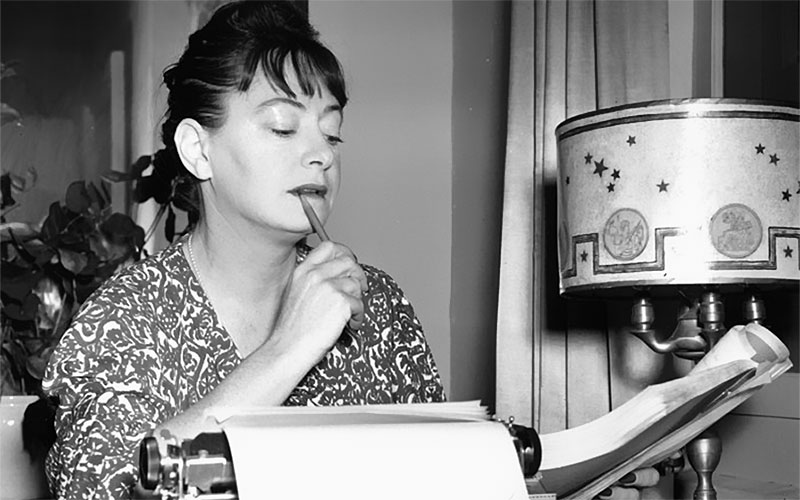 An outline is the foundation of your story, a framework on which to build a solid, cohesive tale. Outlining first may make the difference between a powerful story with depth, or a mediocre tale.

When I bring up the notion of outlining in writing workshops, most beginners just stare glassy-eyed before admitting that they’ve never tried the technique to develop their stories. Even seasoned writers often react badly, arguing that outlines stifle creativity and spontaneity.

To find out, first try to write a story your own way. Jump right into the fun stuff. Be spontaneous. Exhaust your creativity. Then, after the first draft, if your story is in trouble and you’re not sure why, see if an outline will help.

You may be pleasantly surprised. You may even find that this valuable little tool is perhaps the most important step in the writing process.

Why? Because an outline is the foundation of your story, a framework on which to build a solid, cohesive tale. Without it, your story could crumble down around you midway through your first draft. Outlining first may make the difference between a powerful story with depth, or a mediocre tale; a paycheck, or a rejection letter.

Most people who earn a living writing almost always plan before they start their first draft. Though they may not need to write out a diagram, seasoned writers can tell you what will happen to their characters generally from the moment their story opens until the last word.

An outline forces us to think through our story piece by piece. It shows us quickly and precisely: (1) the depth of our principal character’s problem; (2) if our story adequately resolves that problem; and (3) whether our plot logically takes the character from his problem to the eventual resolution.

How Deep Is Deep Enough?

One way to begin is to determine what kind of story you want to tell. Most stories fall into three general categories or a combination thereof: man against man, man against himself, and man against his environment. Notice the word against in each category. Against implies conflict and action, an essential ingredient for narrative drive in successful stories.

So start by jotting down the kind of conflict that concerns your main character. With this information in front of you, you’re ready to begin your outline.

The first line – the problem – should describe your character’s dilemma in a short, concise phrase. Don’t settle for a superficial summary of an event. Instead, create an image that conveys the turmoil deep within your character’s heart and soul. A lot of your story’s power will depend on how well you’ve thought through this step.

Let’s explore a real example. A student in a writing workshop had written a short story about a surgeon who, after his best friend’s daughter dies under his knife, chooses a road of alcohol and self-destruction that ultimately kills him – a man-against-himself story.

However, the young woman was stumped. She couldn’t make all the pieces add up to an interesting, cohesive story. She suspected the logic was flawed, but she didn’t know how to fix it. After two drafts, she still hadn’t tried to outline her story.

Let’s help her. What is her character’s problem? Is it: “surgeon loses patient”? That’s what she thought. “Surgeon loses patient” may be what happens, but it doesn’t tell us anything about the surgeon’s inner struggle. Why is the surgeon shattered by the death of one of his patients? After all, surgeons work with death every day. What makes this operation different?

Is it because the surgeon knew his patient? Owed something to his friend? Or did the doctor commit some blunder that cost the girl her life? Did someone else make a mistake? Was her death an act of God?

The answers to these kinds of questions will tell the writer how profound her story is. If the problem simply is “surgeon loses patient,” this may suggest a technical day-in-the-life story devoid of emotion and depth. If the writer had planned to resolve “surgeon loses patient” with “surgeon kills himself,” she can immediately see that her logic is flawed. If the girl’s death is not the surgeon’s fault, yet it destroys him with guilt, the reader may feel little empathy for the character. What makes this episode worthy of the reader’s attention?

Dig deeper for the answer. Remember the “man against himself” theme? Maybe the surgeon made an honest mistake. Maybe the girl’s death casts doubts on the surgeon’s ability to help others. Now we’re getting warmer. During a routine operation on his best friend’s daughter, the surgeon’s faith in himself and his profession is suddenly shattered.

Using an outline to discover the character’s innermost conflict can lead you to a richer story. A shallow story about a loser who throws away his gifted life after one mishap may leave the reader with an empty experience. But a story about a doctor who has deep-seated doubts about his ability to help others could offer an intriguing look at the human side of medicine. So, on the first line, jot down the character’s innermost turmoil: “Surgeon doubts his abilities.”

Once the writer has identified her character’s “real” problem – his inner struggle – she can jump to the outline’s resolution and make another crucial decision. Does the surgeon eventually come to terms with his fallibility and emerge from the crisis a wiser man? Or does he kill himself in a street fight over a bottle of booze, as originally planned. Does the second option resolve his conflict of self-doubt? Of course not. And because it doesn’t, the reader would probably feel cheated. Perhaps the writer wanted to make a sad statement about abusing booze. Too shallow? Well, people, not alcohol, make for good stories.

Maybe the writer wants to tell a story about a man who can’t live with his mistake. In that case his death (read, suicide) resolves his inner turmoil, and we perhaps learn a sad lesson about throwing away one’s life.

Let’s go back to our original idea about a surgeon who has serious doubts about his ability to help others. After the tragic operation, he believes he has let his best friend down. He isn’t the savior he thought he was. To bury his lost confidence, he succumbs to drink and nearly destroys himself.

During the course of the story, however, the character discovers that the gift of life is not his to give. After all, he isn’t God. He’s merely a man, with a man’s fallibility. Once the character understands this, he can continue practicing medicine, but with a new-found respect for the miracle of life. So the writer’s resolution falls into place: “Surgeon accepts his fallibility.”

Let’s look at the outline so far:

And, Finally, the Plot

Once the complication and resolution are clear, the writer now must develop her story around how the character resolves his issue. She begins to see that some of her original pieces no longer fit. She must examine each scene and ask herself if it helps resolve the character’s problem. If it doesn’t, she needs to be a tough editor and take it out.

Let’s see how she fared.

After retreating to booze (the first plot development), the surgeon develops a relationship with a welfare worker who happens to be his son (second plot development). In her original story, it wasn’t clear what role the son played other than narrating his father’s failure and road to self-destruction. Obviously, the son could not help Dad.

Following the conflict/resolution outline developed thus far, the son must help Dad understand his role as a doctor. The writer needs one final scene called the epiphany. Something must happen that turns on the floodlight of inner revelation that shows the surgeon the way out of his dilemma. This pivotal plot development was missing from the writer’s original story.

What can she do? Here’s one solution: after a street fight, the social worker son takes his drunken father to a hospital in a low-income neighborhood. There, Dad sees the overcrowding, the neglect and the suffering at the hands of overwrought doctors less capable than he. Maybe he successfully intervenes in a misdiagnosed case and saves a child’s life. That experience brings him to his moment of truth. Dad sees how he can make a difference. He understands that by throwing away his gift he is guilty of a much bigger sin than letting his best friends daughter die on the operating table.

So, with his son’s help, Dad makes peace with himself. He swears off liquor, and in no time is back in the operating theater saving the lives of needy children. A nice, tidy story.

The Value of an Outline

This outline is merely one of countless ways the writer could have developed her story around this particular problem/resolution. Nothing to stifle creativity here. There’s still plenty of room in this well-thought-out story for experimentation. Also, an outline is a fluid document. You’re free to refine and change it as your story takes shape during the first draft.

The rest of the process is straightforward. With this little outline stuck below the screen of her word processor, the writer can start a new draft and know precisely where to focus her narrative drive. Having established a solid foundation, she can concentrate on characterization, dialogue, pacing and all the other ingredients that make for a compelling read.

Outlines need not be lengthy epistles, nor should they take long to complete. If you can’t seem to finish your outline, this may be a sign that all is not well with your story idea. If you’re stuck, ask yourself: does your character have a compelling enough problem around which to build a story? Does your resolution solve your character’s problem? Do your plot developments logically take the character from his problem to his resolution? If not, can you come up with a series of events that do?

Don’t leave your story’s development to chance; instead, use an outline to build a solid foundation. This fundamental step will quickly and clearly show you: (1) the depth of your character’s problem; (2) how the character goes about solving his or her problem, and (3) whether the final resolution supports the rest of your story.

Before you begin writing, that’s the least you should know about your story.